My client had previously been charged with OUI - Liquor and had his license suspended for five years for refusing to submit to a breath test. He was found not guilty after trial. The judge issued an order to reinstate his license provided that his license had a twelve hour time restriction and that he install an interlock ignition device in his vehicle.

Years later, my client was stopped by the police while driving on the highway and charged with operating a motor vehicle without an interlock ignition device. The police filed an immediate threat application with the Registry of Motor Vehicles as a result of this charge, and the Registry suspended my client's license indefinitely. My client ultimately entered a plea to a lesser charge of operation of a motor vehicle after suspension / time restriction. However, the indefinite suspension of my client's license remained in effect, and my client filed an appeal of the suspension with the Registry. 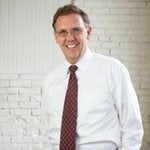