The New York Times Editorial Board wrote about 21,587 Reasons to Fix Forensic Science on April 27, 2017, due to a single crime lab chemist, Annie Dookhan; who in 2012 admitted to doctoring or even completely making up drug test results for years.

It was just last week that prosecutors in Massachusetts agreed to throw out more than 20,000 drug convictions dating back to 2003. This is the biggest dismissal in American history.

According to the New York Times, the "prosecutors dragged their feet like sullen children avoiding homework, making one excuse after another for why they shouldn't have to do the right thing and dismiss convictions based on obviously tainted evidence."

A 2015 review by the F.B.I. found that its forensic hair-sample analysts testified wrongly in favor of the prosecution 96 percent of the time. And even reliable scientific practices require strict protocols and aggressive oversight to protect against the Annie Dookhans of the world.

The reliability of these labs — many of which are overworked and understaffed — will only suffer more because of the Trump administration's knee-jerk bias for law enforcement. On April 10, Attorney General Jeff Sessions announced that he would disband the nonpartisan National Commission on Forensic Science, which was established four years ago to make forensic science independent from the win-at-all-costs mindset of so many prosecutors.

In Massachusetts, prosecutors absurdly claimed that they had no duty to tell defendants that their cases had been handled by Ms. Dookhan and that each defendant needed to prove that Ms. Dookhan's mishandling of evidence had been responsible for his or her individual conviction. 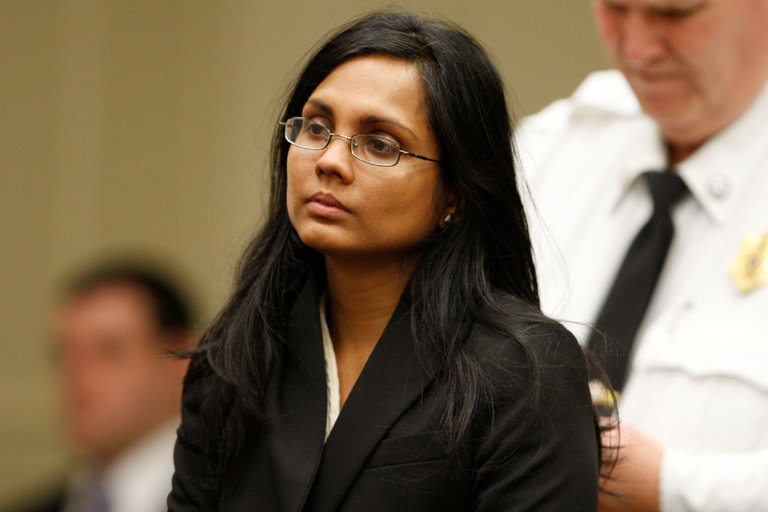 The picture is of Anne Dookhan, the former chemist at the Hinton State Laboratory Institute, during her arraignment in 2013.

Only after the state's highest court rebuked the district attorneys in January for their “unacceptably glacial systemic response” did prosecutors agree to vacate about 9 in 10 of the 24,000 cases Ms. Dookhan handled between 2003 and 2011 — 21,587 at last count.

That is clearly the right outcome, but it's little comfort to the thousands of people wrongly imprisoned — some for years — or the thousands more who have continued to suffer the effects of a criminal record after they were released.

Most of these people weren't even serious offenders. Nearly two-thirds were small-fry, convicted of drug possession only, according to an analysis by the American Civil Liberties Union, which has represented Ms. Dookhan's victims since 2012. (She pleaded guilty in 2013, and spent three years in prison before being released on parole in 2016.)

This scandal is another example of why Mr. Sessions' decision to scrap the forensic science commission was a mistake. The commission, which included scientists, law enforcement officers, and judges, was often hamstrung by internal disagreement, but still managed to produce important certification requirements and reporting standards that would have made future lab scandals harder to pull off and easier to detect or prevent. Many in law enforcement are cheering, but Americans who care about due process, and the epidemic of wrongful convictions, should be worried.